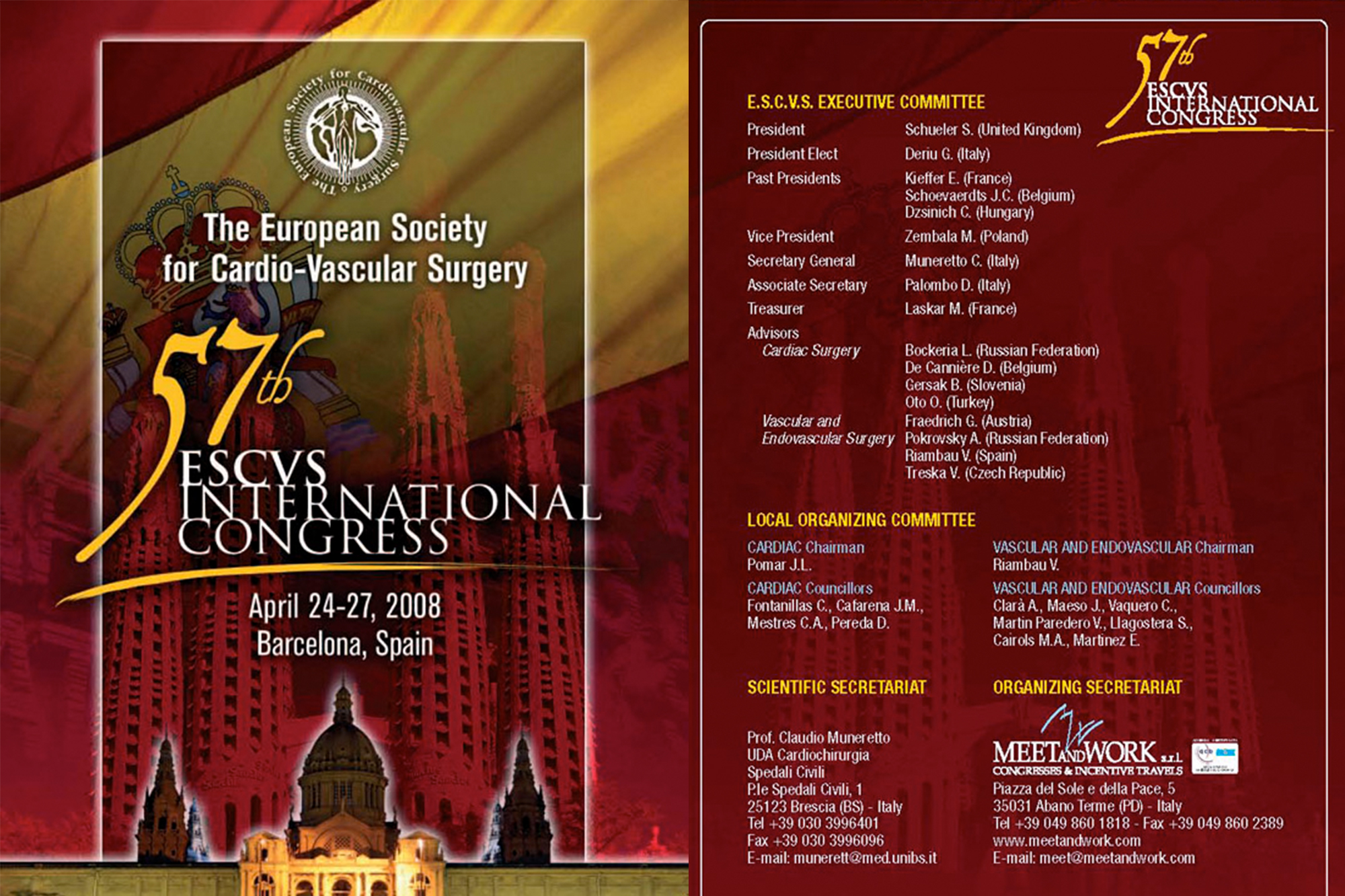 The annual congresses of the society will be the ideal place where your personal clinical and surgical experience in cardiac, vascular , endovascular and cardiovascular surgery will be challenged. Topics are numerous and interesting, and you can submit a paper that will be scored by the cardiac, vascular, or cardiovascular programme committee depending on your interests.

It will give also you the opportunity to appreciate through round tables, symposia and invited lectures the update and new suggestions for the treatement of cardiovascular disease.

You will have the possibility to watch some of the most outstanding European Cardiac and Vascular surgeons performing operations live during the pre congress live surgery symposium.

During the annual congresses a balanced program of cardiac and vascular surgery, expecially addressed to surgeons with specific interest in one of the two fields and a cardiovascular program treating deeply the fields of common interest will be presented. The local organizing committee will have two chairmen (one for cardiac and one for vascular surgery). The scientific committee will be divided into a cardiac, vascular and cardiovascular board. Following the heritage of two of the many prominent cardiac and vascular surgery presidents of the society, two prizes, ESCVS Cardiac Young Surgeon Prize and ESCVS Vascular Young Surgeon Prize, will reward the best papers presented by young surgeons (less than 36 years old) .